How to make a high-quality plastic crate mould?

To produce high-quality crate mould, you must understan […]

To produce high-quality crate mould, you must understand the technical and quality points of the following crate mould: long life, high speed injection, good exhaust system in the handle of the crate mould. Key points of crate mould technology:

1. How to make the service life of the crate mould long?

The first step is to choose the right steel for the mould base and mould core cavity. For example: for the production of one-to-four crate moulds, the mould base must use pre-hardened steel with a hardness higher than 33, and then select the appropriate mould standard parts. Secondly, the hardness of each steel must be controlled, not too hard. Then, friction and guide parts of the crate mould must be finished, and no manual work can be used. Finally, some mould companies will use the recycled material for mould injection. At this time, we must consider the following two points: 1. How to ensure that small impurities in plastic do not damage the core and cavity; 2. How to prevent impurities from entering the cavity.

2. How to make the crate mould effective injection?

A good plastic material filling system requires a special hot runner system to assist moulding, because the production of high-quality cratees requires HDPE materials with a low melt index, such as a melt index of 4 or 6, and so on.

Make sure that the cooling system works best. To produce high-quality crate mould, the cooling water path design on the largest moulding surface of the mould must be optimized.

When selecting a high-speed injection moulding machine, the rotational speed (RPM) of the injection screw must be greater than 350. Most crate manufacturers in the world use accumulators to increase melt injection speed.

The design of the plastic crate mould is also very important. The ejection mode of the crate mould is preferably designed to be automatically ejected by the mechanical system. Of course, if the injection moulding machine can be equipped with two hydraulic drive machines to cooperate with the automatic ejection of the machine, ejection action when the mould is opened can be smoother.

3. Exhaust system at the handle of the plastic crate mould:

Exhaust at the handle of the crate is a very important issue, because when the crate is loaded with the load, the handle is the key point of the load. If the venting of the two handles on the mould is not good, there will be obvious welding seams, and the product will be easily damaged from this point. 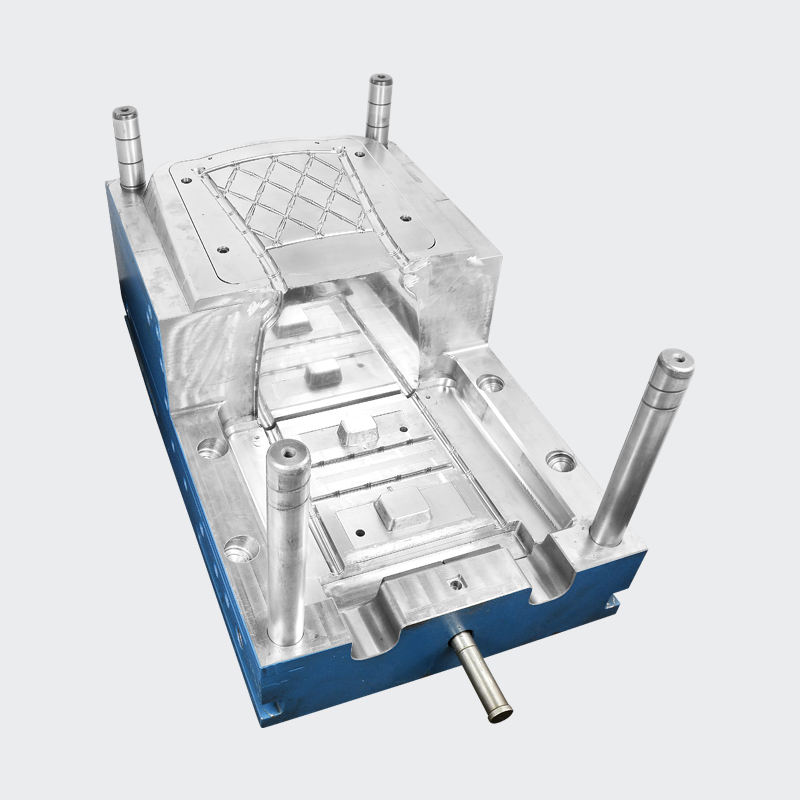